Community artworks were displayed on the Cockburn Central Station tower from 2006 to 2019, when they were removed due to maintenance issues. In December 2019, the community voted on what they would like to see installed in their place, with a 43 per cent majority opting for a new piece of artwork.

An open tender was called, asking Western Australian artists to address themes suggested by the community including: Aboriginal culture and history, native fauna or flora, and local landscapes. Three artists were then shortlisted to develop a concept design. A survey was run to choose the new artwork, with more than 1,800 responses received.

Kerise Delcoure’s artwork received 77 per cent of the vote, and Carnaby’s Black Cockatoo was chosen as the artwork to be installed on the north and south faces of the tower. The artwork features the Carnaby Cockatoo in flight, along with portrayals of salmon gum and banksia trees, wind and water. 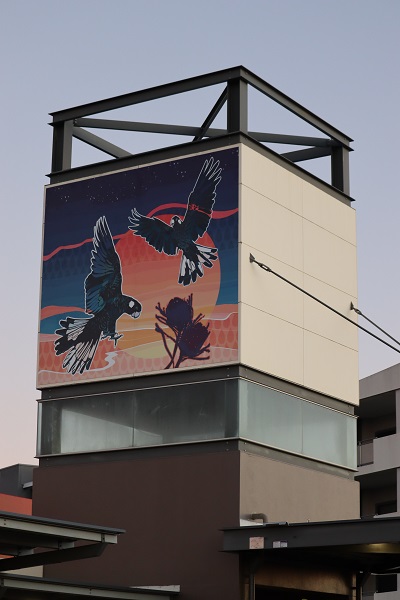 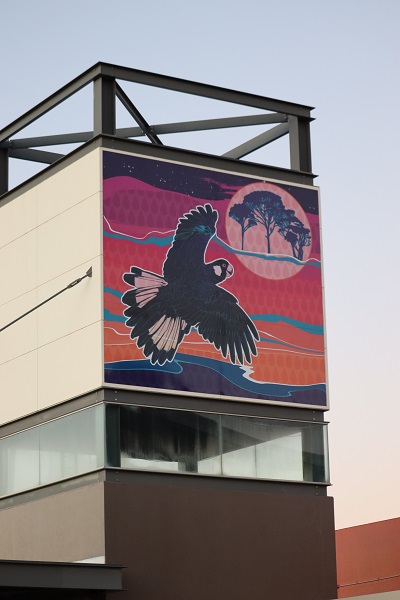