Works took place from May-August 2018 to construct a bus-only right-hand turn (RHT) lane at the intersection of Craig Street and Great Eastern Highway in Burswood. The 120m bus lane caters for buses travelling from the nearby Victoria Park Transfer Station and will increase the efficiency of Transperth services while reducing congestion on Burswood Road. 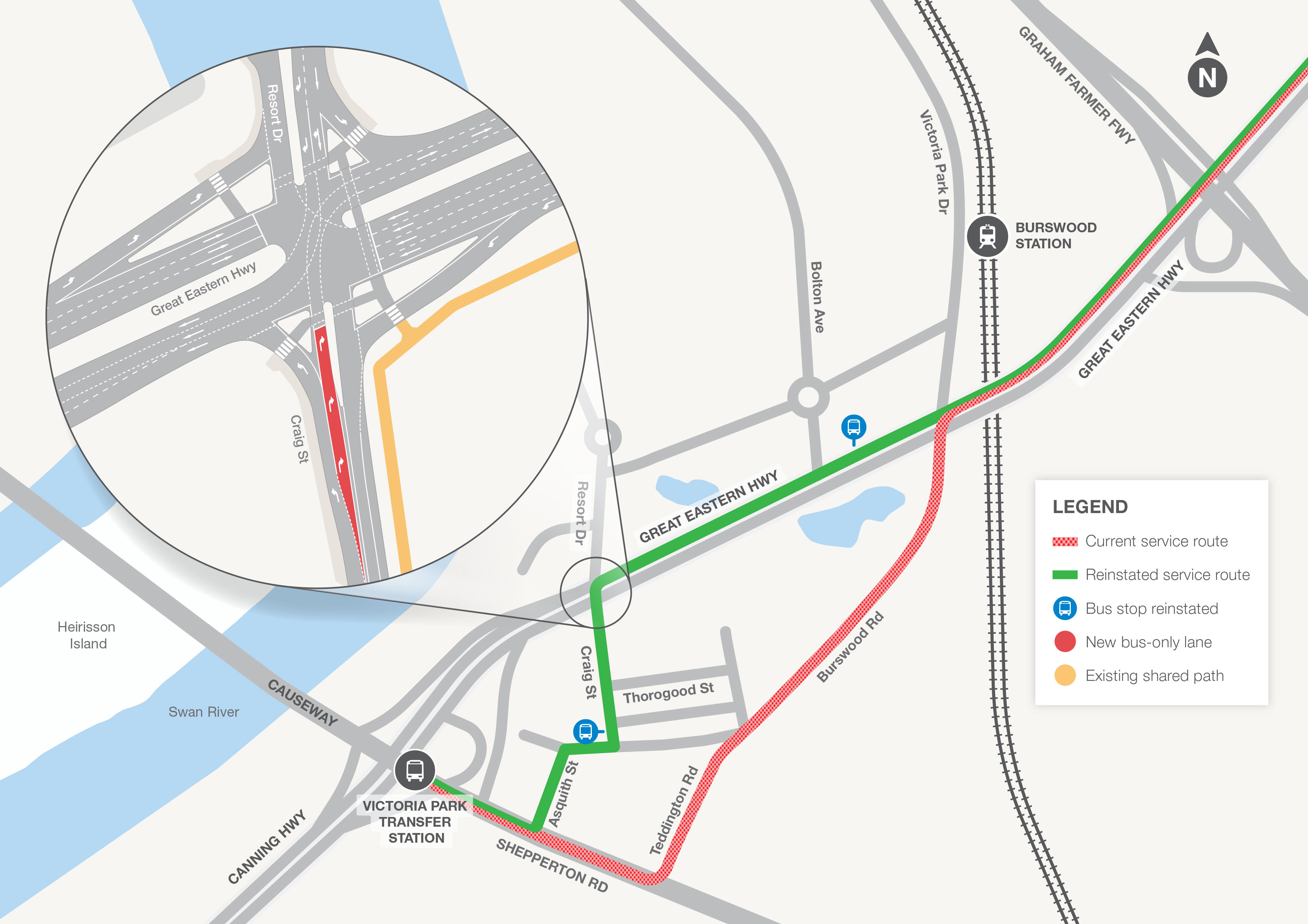 For more information email projects@pta.wa.gov.au, or call 13 62 13. You may also wish to register for project updates.

For service information visit the Transperth website or call 13 62 13.

PTA acknowledges the traditional custodians throughout Western Australia and their continuing connection to the land, waters and community.
We pay our respects to all members of the Aboriginal communities and to Elders past, present and emerging; and commit to building a brighter future together.

Aboriginal and Torres Strait Islander people are advised that this site may contain images or names of people who are deceased.